Bergbower, a young mechanic in the Army Air Corps, had been hit by a bomb blast during the Japanese assault on the Philippines on Dec. 8, 1941.

Within days, a telegram announcing his death reached his family in Illinois, and not long after, his name was added to a wall at his high school honoring a growing list of war casualties from his hometown.

Or at least that’s how it seemed to family members who had attended his memorial service.

END_OF_DOCUMENT_TOKEN_TO_BE_REPLACED

The guided-missile destroyer Porter had just cut across the path of an approaching supertanker, a risky nighttime maneuver in one of the world’s busiest shipping channels, when a sailor standing watch spotted an ominous red glow.

It was the port light of a second massive oil tanker – apparently obscured by the first merchant ship and somehow undetected or unnoticed by sailors monitoring the Porter’s advanced radar system.

“Sir, I have another merchant here on the starboard bow,” the officer of the deck said, sounding shaken.

In the harrowing moments that followed, captured in a newly released audio recording, the Norfolk-based Porter would again attempt – and this time fail – to dart past a 160,000-ton merchant vessel.

The audio from the Porter’s pilothouse, along with the ship’s logs from that night, provide a rare glimpse into the tense and confusing moments before impact.

END_OF_DOCUMENT_TOKEN_TO_BE_REPLACED

For the better part of two weeks in the late winter of 1963, workers marched and waved signs outside the red-brick building at the corner of 25th and Fawn streets.

David Pender’s Daylight Bakery had been churning out fresh baked goods for nearly 40 years by then. The little Norfolk plant was built in 1923 to produce bread for dozens of neighborhood markets that bore the Pender name.

Before suburban strip plazas and cul-de-sac housing developments, corner grocery stores were a staple of American society – places where housewives shopped daily while exchanging recipes and gossip, or where children could pop in after school to buy penny candy or pickles.

That time was fading fast by 1963, when the local bakers union staged a walkout. The bakers were demanding a pay raise, in part to compensate for difficult working conditions. The old factory was too small – its equipment too old – to keep up with the demands of modern supermarkets. Workers labored long hours through intense heat inside a building that lacked proper ventilation.

The union bosses eventually struck a deal, ensuring a 19-cent raise spread over three years. But even as workers returned, it seemed that the building’s best days had passed.

By the end of the year, suburbanization had sucked the life out of Pender’s old bakery.

Fifty years later – thanks to a spunky businesswoman and a surprising group of local artists – something new is rising at 2501 Fawn Street.

END_OF_DOCUMENT_TOKEN_TO_BE_REPLACED 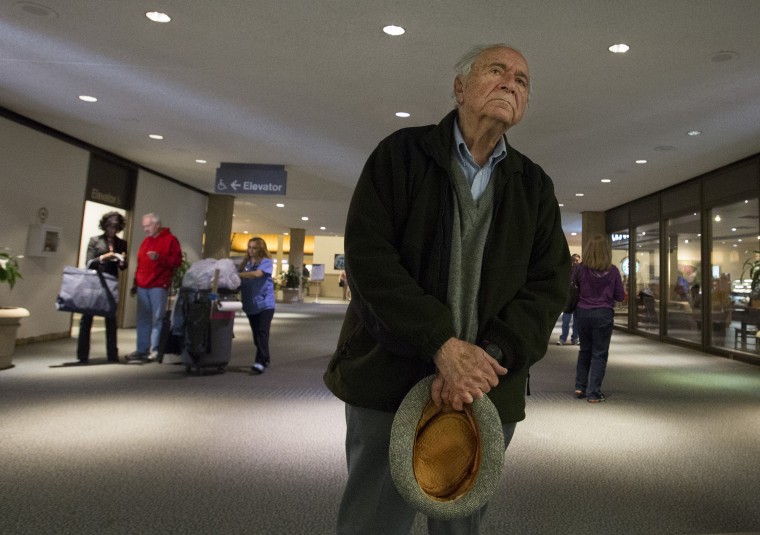 Businessmen with leather briefcases and sailors in dress whites rush through the concourse at Norfolk International Airport.

The old man says he isn’t nervous, but his body language suggests otherwise. He leans up on his toes and bends his neck to peer down the terminal, searching for an old friend.