Heart Failure | At St. Luke’s in Houston, patients suffer as a renowned heart transplant program loses its luster, May 16, 2018 — The Houston transplant center made famous by Denton Cooley, has fallen far and fast, dropping to levels far short of its reputation. In recent years, the famed program has performed an outsized number of transplants resulting in deaths or unusual complications, has lost several top physicians and has scaled back its ambition for treating high-risk patients, all the while marketing itself based on its storied past, an investigation by the Houston Chronicle and ProPublica reveals. (Read the complete series here: Heart Failure)

Distress Signal | A year later, the Navy’s oldest helicopter flies on, Jan. 8, 2015 — Wes Van Dorn committed himself to exposing problems with the Navy’s most unreliable helicopter, even if it meant long hours away from his wife and kids. He didn’t get to finish the job. (Published in partnership with NBC and the Investigative Reporting Program. RELATED: Sea Dragon Down)

Alive Inside, Dec. 2017 — Thousands of people are wrongly labeled unconscious after suffering severe brain injuries each year. Some have their life support withdrawn; some are sent to nursing homes and left in bed, aware but unable to show it. A fortunate few, including deputy Nick Tullier, make it to a Houston rehab hospital, where those with even the worst prognoses get a shot at recovery — and where some families learn loved ones are still alive inside.

Family looks for answers after son’s suicide at The Menninger Clinic, Feb. 16, 2016 — Although it’s considered one of the nation’s best psychiatric facilities, The Menninger Clinic’s safety record has been protected by Texas laws that shield the public from learning about lapses at hospitals, a Houston Chronicle investigation has found. 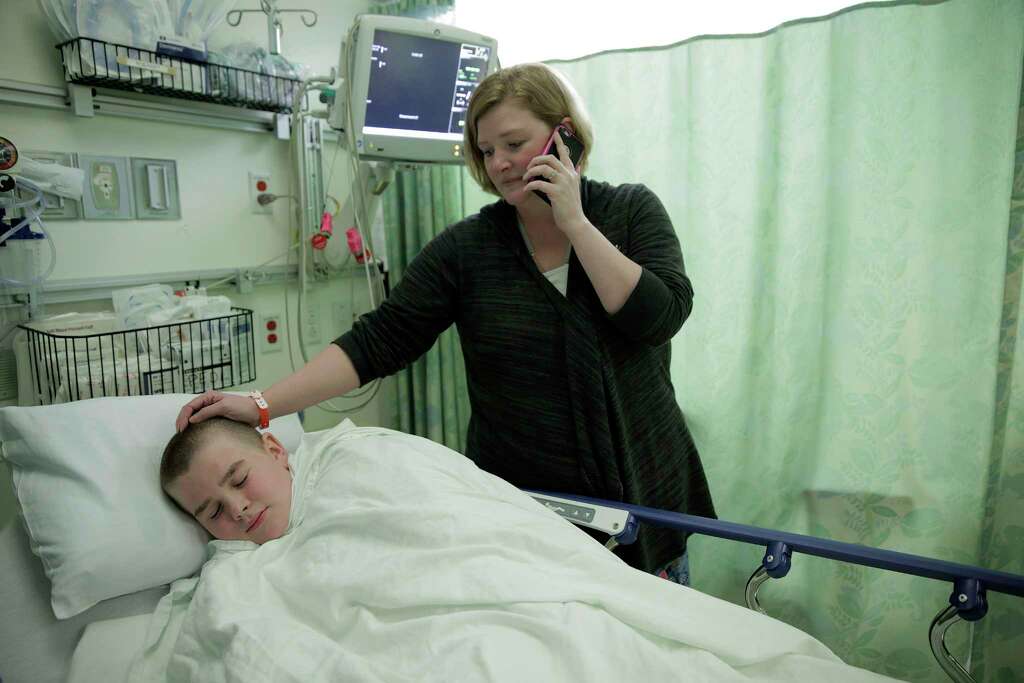 What’s Best for Brayden? | A mother’s quest leads to a Houston neurosurgeon — and one of the hardest decisions of her life, May 1, 2017 — Now it was time to sign the consent forms, acknowledging that hospital staff had discussed all the ways this elective brain surgery could — in rare cases — hurt him. Infection. Vision loss. Stroke. Death. “Do you have any questions at the last minute?” one of the doctor’s assistants asked. Jessica looked up from Brayden, her eyes damp. “No. Let’s do this thing.”

The Lucky Few | Last return to Normandy, June 1-7, 2014 — Memories dull with age, but certain moments stick with them: The feel of cool sand against the face; the cries of grown men struggling for air; the smell of exploded gunpowder and burned flesh. The tales they tell sound improbable and, with few living witnesses, some details are elusive. But these men were there; this is how they remember it. (RELATED: 70 years later, Virginia Beach vet rekindles a WWII romance)

The war next door | Can a veteran with PTSD come home?, Dec. 16, 2013 — This dead-end suburban street is where the former Navy Seabee discovered his passion for cycling after being medically discharged from the military. It’s where he battled post-traumatic stress disorder, kicked his addiction to pain meds and overcame depression. It’s where he met his best friends and fell in love. Ted Olsen had planned to spend the rest of his life in this neighborhood. Now the voices were telling him to burn it to the ground. (2013 Livingston Awards Finalist)

Jet crash gave him a shot at redemption, April 29, 2012 — An apartment maintenance man was thrust into an unlikely role after a malfunctioning fighter jet slammed into his complex. Top officials would later declare him a hero. It’s a safe bet those words wouldn’t have been spoken a decade ago. Not by dignitaries. Not about this man. (2012 Livingston Awards Finalist) (RELATED: Navy jet slams into Va. Beach apartments; The anatomy of a miracle; Navy jet crash hero to make a fresh start; Oceana chief the right man at right time for jet crash; Recordings offer fresh perspective on jet crash)

Gay couples find affirmation in antiquated Delaware town, Sept. 8, 2013 — Following the Supreme Court’s decision invalidating the Defense of Marriage Act, gay couples have flocked by the hundreds to a small Delaware town in search of affirmation. John Brady is eager to oblige. (Brady’s reaction: “I know my own story, but even I was surprised by the ending. I had to go back and read it three times to catch all of the nuance … Your writing helped me better understand myself.”)

SHORT NARRATIVES: The following stories have been honored by the Society for Features Journalism as among the nation’s best short feature stories. Hixenbaugh was a finalist or winner of the award for five consecutive years, beginning in 2014:

For This Little Vampire, Sunshine is Rare Treat